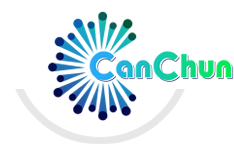 Since ancient times, the Mid-Autumn Festival has had customs such as worshipping the moon, admiring the moon, worshiping the moon, eating moon cakes, admiring osmanthus, drinking osmanthus wine, and other customs, which have been passed down for a long time. The Mid-Autumn Festival uses the full moon to signify the reunion   of people. It is a rich and precious cultural heritage for yearning for the hometown, the love of loved ones, and wishing for a harvest and happiness.

On October 2, 1949, the Central People;s Government passed the "Resolution on the National Day of the People;s Republic of China", stipulating that October 1 is the National Day each year, and this day is used as the day for proclaiming the founding of the People;s Republic of China. Since then, October 1st every year has become a grand celebration for the people of all ethnic groups across the country.

1. Rest at home, make dumplings together, watch a cultural party, and enjoy the happy family atmosphere.

2. Visit relatives and friends to relive the friendship, such as visiting relatives in hometown, visiting teachers, classmates gathering, etc.

3. The family traveled to Tiananmen Square in Beijing to watch the flag raising ceremony.

Next: What's Application of zinc ball in galvanized sheet ?